The Week 16 winners are:

Coach Mattinson’s Wyoming squad ran through the Mountain West Tournament this past week, earning a spot in the NCAA Tournament. The Cowgirls entered the Mountain West Tournament as the 7-seed and won their first three games by double digits, including a 72-56 victory over 2nd-seeded UNLV. Wyoming then faced 4th-seeded Fresno State in the championship, coming away with a hard-fought 56-53 victory to claim the title. The Cowgirls have now won six straight contests, and, having earned a 14-seed in the NCAA Tournament, will face off against 3rd-seeded UCLA in the Round of 64 on Monday.

Coach Clifford guided the Redhawks to a Sweet 16 appearance in the program’s first-ever NCAA Tournament this past week. Roberts Wesleyan, the 5-seed in its region, defeated 4th-seeded American International 75-61 on Friday, setting up a matchup with regional top-seed Dominican. The Redhawks came away with a thrilling 77-74 double overtime victory, extending their winning streak to nine and advancing to the Sweet 16. Their surprise run came to an end on Monday, as they were defeated by 2nd-seeded Daemen in a rematch of the ECC Championship game. Roberts Wesleyan closes out the shortened season with a record of 12-7. Playing with only seven players due to COVID protocols and injuries, Coach Ponton led Bryn Athyn to an impressive road sweep this past weekend. The Lions’ stifling defense held Wesley to 40 points in both games, as Bryn Athyn won 61-40 on Friday, and 58-40 on Saturday. Across the two contests, the Lions forced over 60 turnovers. These two victories marked the first of the year for Bryn Athyn, which now sits at 2-4 on the season. They close out the shortened season next weekend, when they face off against Washington College in a two-game road series. 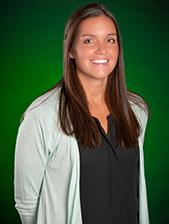 Coach Short piloted Mount Vernon Nazarene to its first ever NAIA National Tournament victories this past week, earning a spot at the Tournament’s Final Site. The Lady Cougars, who entered the Tournament at 15-11, found themselves in an Opening Round group with 16-1 LSU Shreveport and 13-0 Wayland Baptist. After taking a 73-58 victory over LSU Shreveport in the Opening Round semifinals, MVNU knocked off Wayland Baptist by a score of 77-74 to advance to the Round of 16. As the No. 16 seed, the Lady Cougars will try to continue their shocking run when they face off against No. 1 Thomas More on Thursday afternoon.

Coach Harris’ squad picked up three more resounding wins this week to remain undefeated on the season. The Pioneers, who entered the week ranked 25th in the NJCAA DI Top 25 Poll, swept a two-game series with United Tribes Technical College, taking a 75-57 victory on Thursday before cruising to a 100-69 triumph the following day. Miles capped off the week with a 94-64 victory on the road over Bismarck State. Now ranked No. 23 in the latest poll, the 20-0 Pioneers will look to stay hot when they take on Lake Region State on Monday.