The Week 12 winners are: Coach Auriemma’s squad has taken over the top spot in the AP Top-25 Rankings thanks to three big victories this past week. The Huskies, who entered last week ranked second in the nation, were able to take down No. 1 South Carolina in a 93-89 overtime thriller on Monday.  After this huge win, UConn closed out the week with two conference blowouts – a 70-49 victory over Seton Hall and a 64-40 triumph at Georgetown. Now 16-1 (13-0 Big East) on the season, the Huskies will look for their seventh consecutive win when they face off against St. John’s in a road contest on Wednesday.

Coach Perazic’s Lions remained perfect on the season as they picked up three more wins this past week. Georgian Court began the week on the road, knocking off Caldwell by a score of 72-53 on Tuesday. The Lions were back in action on Thursday, this time at home, as they jumped out to a 20-point halftime lead on the way to 64-49 victory over Nyack. In their final contest of the week, GCU trailed Bloomfield by three entering the fourth quarter, but outscored the visitors by 10 in the final period come away with a 66-59 win. The Lions are off to a 7-0 (7-0 CACC) start to the season, and are back in action next Tuesday, when they take on Concordia (NY) on the road.

With three wins this week, Coach Madsen’s Thunder have earned a spot in the latest D3hoops.com Top-15 Poll. In Tuesday’s contest at North Park, Wheaton fought back from an eight point fourth quarter deficit to force overtime, where they were able to pull out a 71-66 victory. The Thunder then remained on the road, as they took down Carthage by a score of 77-66 on Thursday in the first game of a home-and-home series. In Saturday’s rematch, Wheaton trailed by eight entering the fourth quarter, but rallied to outscore Carthage by 15 in the period and take a 47-40 victory. The Thunder are 7-1 (7-1 CCIW) on the season, and now hold No. 14 in the D3hoops.com Top-15. Their next contest comes at home against Carroll on Thursday. 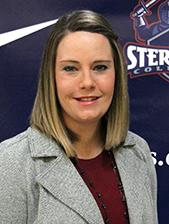 For the first time in her head coaching career, Coach Bassett has led her squad to the KCAC regular season championship. The 10th-ranked Lady Warriors took down McPherson by a score of 105-83 on Wednesday to lock up the title with three games remaining in the regular season. A dominant 83-44 victory at Southwestern on Saturday pushed Sterling to 24-0 on the season (20-0 KCAC). The Lady Warriors will continue their quest for a perfect season on Wednesday, when they travel to take on Ottawa.

Coach Turgeon guided Independence to two impressive wins this week, including a road victory over a ranked opponent. On Wednesday, the Pirates notched a 70-64 victory over No. 17 Hutchinson. This win marked Indy’s first against Hutchinson since the 2006-07 season. The Pirates built on this huge victory with an 84-67 win at Pratt on Saturday. Indy has now won four consecutive games and sits at 7-1 on the season. They return to action on Wednesday evening, when they face off against Garden City on the road.