The Week 11 winners are: Coach Olson picked up a milestone win this week as his squad remained unbeaten on the season. The Lancers dominated New Mexico State on Friday, taking a 94-53 victory, which marked Coach Olson’s 200th with the program. Olson, who reached the milestone in just 270 games, currently possesses the highest winning percentage in program history (74.2%). The Lancers built on this win with a 70-51 victory in a rematch the following day to improve their record to 16-0 (8-0 WAC). They will next put their perfect record on the line on Friday, when they take on UTRGV in the first of a two-game road series. Coach Winn’s Lady Hornets won a trio of conference games this week, taking each contest by double-digits. Emporia State forced 25 turnovers in a 79-61 victory at Missouri Western on Tuesday, before returning home to take an 86-75 triumph over Northeastern State on Thursday. The Lady Hornets then capped off the week with a dominant performance against Rogers State, never trailing in a 79-56 victory. These wins improved Emporia State’s record to 12-3 (12-3 MIAA) on the season. They are back in action tonight when they take on Central Missouri at home.

Coach Morehouse guided Hope to two impressive victories this week as the Flying Dutch extended their overall winning streak to 35 straight. On Wednesday, top-ranked Hope faced off against No. 5 Trine in what would be their toughest contest to date. The Flying Dutch jumped out to a 12-point lead at the end of the first quarter, eventually taking a 61-52 victory. In their next contest, Hope outscored Kalamazoo 31-3 in the third quarter on the way to a 111-30 triumph. The 81-point victory set the record for the largest win in program history. Now 6-0 on the season, the Flying Dutch kick off their conference schedule tonight as they travel to take on Olivet. 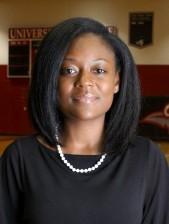 With a pair of wins this week, Coach Stuckman’s squad reached the 10-win mark on the season. On Tuesday, the Lady Rams survived a late comeback attempt by Stillman and pulled away in overtime for a 69-62 victory. Mobile then came out with a hard-fought 62-59 triumph at Faulkner on Friday. The Lady Rams are now 10-5 (6-4 SSAC) on the season, with three of their losses having come against ranked opponents. They are back in action tonight, as they face off against No. 24 Loyola for the fourth time this season.

Coach Redeker led Illinois Central to three victories over NJCAA DI opponents this week. The Cougars, who entered the week at No. 9 in the NJCAA DII rankings, picked up convincing wins over Wabash Valley and Mineral Area before facing off against Moberly on Saturday afternoon. The Cougars were able to come away with a tightly-contested 59-58 victory, improving to 4-0 on the season. With these wins, Illinois Central jumped to No. 7 in the latest Top-20 poll. Their next contest comes on the road for the first time this season, as they travel to take on Danville on Thursday.