The Week 10 winners are: Coach Fortier led the Zags to a pair of road wins this week, extending their winning streak to 14 games. On Thursday, 18th-ranked Gonzaga led Pacific by 24 at the half on the way to a 77-65 victory. The Bulldogs then took down Saint Mary’s by a score of 79-52 on Saturday to close out the week. Gonzaga is now 15-2 on the season, and a perfect 10-0 in WCC play. They will look to make it 15 straight when they take on BYU at home on Tuesday. Coach Hoffman picked up her 100th career victory as Cedarville won three more games this week. The 23rd-ranked Lady Jackets opened the week by defeating Lake Erie 112-58 – just two days after beating the same team by only three. Coach Hoffman then picked up her milestone victory in a dominant showing on the road against Ohio Valley on Thursday. In her career at Cedarville, Hoffman has now compiled an impressive record of 101-33, as the Lady Jackets capped off the week with a 90-86 victory over Ursuline. After dropping their first contest of the season, Cedarville has now won 14 straight games. They are back in action on Thursday, when face off against Ohio Valley at home.

This week, Coach Andrews’ squad fended off a pair of late comeback attempts to remain undefeated on the season. On Friday, the Blue Streaks led Mount Union for almost the entirety of the contest before finding themselves down three with just 20 seconds remaining. A three pointer tied the game and sent it to overtime, where John Carroll pulled away for an 83-73 victory. In a rematch the next day, the Blue Streaks led by as many as 17 in the second half before hanging on for a hard-fought 84-83 triumph. Now 4-0 (4-0 OAC) on the season, John Carroll will take on Baldwin-Wallace in a home-and-home series next weekend. 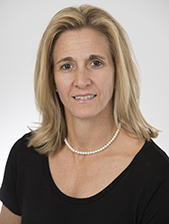 Coach Kennedy guided the Wolf Pack to three victories this week, improving their record to 10-1 on the season. No. 24 Loyola jumped out to a 21-point first quarter lead on the way to a 67-53 win over William Carey on Tuesday. The Wolf Pack then faced off against Mobile, who previously handed them their only loss of the season, in a two game weekend series. Loyola won both contests, including a tightly-contested 74-69 victory to close out the week on Saturday. The 10-1 (5-1 SSAC) Wolf Pack will hit the road to take on William Carey on Tuesday evening.

With a pair of wins this week, Coach Corona’s

squad has entered the Top-25 rankings for the first time in school history. The Lady Greyhounds won two games at the Moberly Classic – defeating John Wood Community College 61-50 on Friday before taking down Triton College by a score of 66-39 the following day. These wins propelled ASU Mid-South into the No. 16 spot in the NJCAA Division II Top-25 rankings. Coach Corona’s squad is now a perfect 5-0 on the season.