The Week 8 winners are:

Coach Fennelly guided Iowa State to two conference victories this week, including a historic defeat of one of the nation’s top teams. The Cyclones shot 16-33 from three en route to a 90-80 home win over Oklahoma State before traveling to Waco to take on No. 6 Baylor. The Cyclones emerged with a 75-71 victory, snapping Baylor’s 61-game home winning streak – which was tied for the 10th longest in Division I women’s basketball history. This huge win moved Iowa State into the AP Top-25 rankings, as they now sit at No. 24 with a record of 9-4 (5-1 Big 12). They return to face off against Oklahoma this evening. In her first season at the helm, Coach Price has Tusculum off to the best start in program history. The 10th-ranked Pioneers defeated Mars Hill by a score of 69-46 on Wednesday, tying the 1994-95 team’s record for the best ever start to a season at 8-0. They broke the record on Saturday, as they jumped out to a 35-point halftime lead on the way to a 92-51 victory over Coker. Tusculum will look to make it 10 straight to begin the season when the take on Carson-Newman at home on Wednesday evening.

Coach Rogan’s high-powered offense set numerous records this week as Rhodes kicked off their season with a pair of victories. In their season opener, the Lynx defeated Birmingham-Southern 118-85, setting new program and conference records for most points scored in a game. In a rematch with Birmingham-Southern the following day, Rhodes broke the records they just set, scoring 133 points in a game in which they actually trailed at the half. In addition to the single-game points records, the victory also marked the first time in program history that the Lynx scored 100 or more points in back to back contests. Now 2-0 (2-0 SAA) on the season, Rhodes will look to continue their offensive dominance when they take on Centre College on the road in a two-game series this weekend. 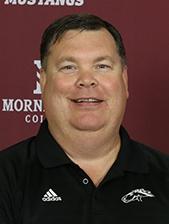 This week was one to remember for Coach Sale, as he began it by picking up his 600th career win and capped it off with a last-second victory. 11th-ranked Morningside held off a relentless comeback attempt from Briar Cliff to take a 76-69 victory on Wednesday, marking win No. 600 in the career of Coach Sale. Coincidentally, Sale began his head coaching career at Briar Cliff, where he went 79-20 in three seasons. He is now the 5th active NAIA women’s Head Coach with at least 600 victories. Coach Sale’s squad followed up this milestone win by hitting a lay-up with just over one second remaining to take a 66-64 road victory against Concordia on Saturday. The Mustangs are now 15-2 (13-1 GPAC) on the season. They face off against Dordt in a road contest on Wednesday.