This season will be a bit different however. As college basketball adjusts to life with COVID, so will we. Not every level will be honored on a weekly basis – we will honor as many of the levels as possible provided enough games are played. It’s different than in the past, but we still hope to have enough weekly winners at each level to name a Coach of the Year (NCAA DI, D2, D3, NAIA, and JUCO) at the end of the season Coach Barnes’ No. 7 Wildcats fought back from a pair of halftime deficits this week to remain unbeaten on the season. Arizona opened the week with a top-10 showdown against No. 9 UCLA. The Wildcats trailed by six at the half, but utilized a 16-6 third quarter to come away with a 68-65 victory. In their next contest, Arizona faced a three point halftime deficit and were down by as many as 11 in the third quarter before going on a 22-3 run and holding on for a 78-77 triumph over USC. With these two hard-fought wins, Arizona improves to 3-0 on the season. They next take on Arizona State at home on Thursday.

Coach Williams and Belmont Abbey kicked off their season with two wins this week, including one over a Division I opponent. In their season opener, the Crusaders held Division I UNC Greensboro to just eight fourth-quarter points on the way to an extremely impressive 63-60 victory. Coach Williams’ squad did not have much time to celebrate this huge win, as they were back in action against Wingate the following afternoon. The Crusaders built a 19-point halftime lead on the way to an 89-72 victory, improving to 2-0 on the young season. Belmont Abbey is back in action on December 16th, when they face off against Catawba.

In his first season at the helm of ETBU, Coach Arbogast has already picked up some big wins, including one over Division I McNeese State this week. The Tigers began the week by using a dominant second half to pull away from Sul Ross State for an 83-69 victory. They then traveled to Louisiana to take on Division I McNeese State on Thursday in a game that was added to the schedule on Monday. East Texas Baptist led by seven at the half and was able to hang on for a hard-fought 68-67 win. Though the contest was an exhibition for ETBU and did not add a win to their record, it counted as a regular season game for McNeese State. Now 3-0 on the season, the Tigers will travel to Howard Payne for a contest on December 17th. 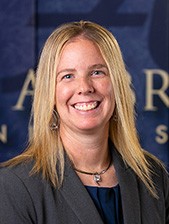 Coach Van Hauen became the winningest coach in St. Ambrose women’s basketball history as the Bees won two games this week. With a 94-49 victory over Hannibal-LaGrange on Wednesday, Coach Van Hauen picked up win No. 192 with St. Ambrose, moving past Robin Pingeton – who is now the head coach at Missouri. An 88-53 triumph over Graceland on Saturday moved the Bees to 3-0 on the season. Now an impressive 193-115 in her career at St. Ambrose, Coach Van Hauen will look to continue her winning ways when her squad faces off against Harris-Stowe State on Friday.