The Week 9 winners are: In their first week as the No. 1 team in the country, Coach Walz’s squad picked up two conference victories to remain unbeaten on the season. The Cardinals used a strong defensive performance to take down No. 23 Syracuse by a score of 67-54 on Thursday. Louisville then traveled to take on Wake Forest on Sunday, and found themselves trailing by nine halfway through the fourth quarter. However, the Cardinals used a 14-2 run to retake the lead, and a three-point play with eight seconds remaining gave them a huge 65-63 victory. Now 14-0 (7-0 ACC) on the season, Louisville will host Miami on Tuesday afternoon.

Coach Stephens’ Lady Pioneers continued to showcase their high-powered offense with two more victories this week. No. 16 Glenville State took down Wheeling by a score of 123-74 on Wednesday, largely in part due to a 41-point second quarter. In their next contest, the Lady Pioneers held on late to secure a 101-98 victory on the road against West Liberty. Through six games, Glenville State is 5-1 and averaging 109.5 points per game. They return to action on Saturday, when they take on Fairmont State at home. Coach Menendez guided Colorado College to a pair of come-from-behind wins in their opening series this week. On Friday, CC trailed by eight with just under nine minutes remaining, but fought back to take a 57-55 victory over Trinity. In a rematch the following day, Colorado College again trailed in the fourth quarter, this time outscoring Trinity by eight in the final period to force overtime. The Tigers were able to come away with a 64-61 victory in the extra period to improve to 2-0 on the season. Their next contest comes against Southwestern in their home opener on Friday. 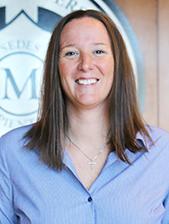 Coach Gearlds’ led Marian to three more victories this week, extending the Knights’ winning streak to 11 games. No. 6 Marian took down Huntington 80-46 on Tuesday before knocking off Bethel 105-68 on Thursday. They capped off the week with a home contest against No. 23 Indiana Wesleyan. Marian’s 74-63 victory improved their record to 17-4 (10-0 Crossroads) on the season. The Knights’ last loss came almost two months ago, on November 28th. They will look to remain unbeaten in conference play when they face off against Grace on Wednesday. Coach Gibney’s squad kicked off their season this week with three victories coming by an average of 62 points. No. 15 Western Nebraska defeated Central Wyoming by a score of 101-49 on Wednesday before taking down Western Wyoming 79-32 on Friday. In a rematch with Central Wyoming on Saturday, the Cougars took a 115-28 victory to move to 3-0 on the season. Western Nebraska returns to action on Tuesday evening, when they face off against Eastern Wyoming at home.