Congratulations to the following coaches who have been selected as the Week 13 WHoopDirt.com Coach of the Week presented by Capital Elite Agency. These coaches are now eligible to receive the WHoopDirt.com National Coach of the Year Award presented by Capital Elite Agency which will be announced at the conclusion of the 2021-22 college basketball season.

The Week 13 winners are:

Coach Hoyt and Kansas City picked up three hard-fought wins this week, extending their winning streak to five. The Roos trailed Western Illinois by six entering the fourth quarter on Monday, but outscored the visitors 32-18 in the final period to come away with a 74-66 victory. At St. Thomas on Thursday, Kansas City again recovered from a fourth-quarter deficit, outscoring the Tommies 16-6 in the frame and taking a 62-57 triumph. Closing out the week with a rematch against Western Illinois, the Roos erased an 11-point deficit in the fourth quarter to force overtime, where they emerged with an 87-85 victory. Now 18-5 (8-4 Summit) on the season, Kansas City will host Oral Roberts on Saturday afternoon. Coach Payne’s squad continued its stellar play this past week, taking down the 3rd-ranked team in the nation in one of two victories. The Lady Canes began their week by taking a 67-60 victory over Clayton State on Wednesday, before hosting No. 3 North Georgia on Saturday. The visitors led by as many as 10 in the fourth quarter, but Georgia Southwestern closed the contest on a 15-2 run to pick up a huge 62-59 win. With another win on Monday, the Lady Canes are now 19-3 (11-2 PBC) on the season, marking the best start in program history and the most wins in the school’s NCAA era. They will look for win #20 when they host Flagler on Wednesday. Coach Garner guided Trinity to three more wins this past week, including one over a Top 10 opponent. The Bantams found themselves trailing Middlebury by 11 with just under eight minutes remaining on Wednesday, before rallying back into the game and eventually coming away with a 62-59 victory. Trinity then hosted then-No. 7 Tufts on Friday, jumping ahead 17-4 after one quarter and leading 32-11 at the half on the way to a 60-42 triumph. Back in action the following day, the Bantams opened the contest on a 17-0 run against Bates, setting the tone in what would be a 64-59 victory. Now 14-4 (6-1 NESCAC) on the season, Trinity will close out its three-game homestand with a matchup against Williams at 7PM tonight. 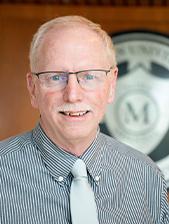 With another pair of victories this past week, Coach Brooks’ squad extended its winning streak to 20 games. The 6th-ranked Knights visited Bethel on Tuesday, racking up a program-record 38 assists on 47 made field goals in a 115-67 victory. Returning to the floor on Saturday, Marian came away with a 60-54 win at Goshen in a defensive battle. Now 22-2 (14-0 Crossroads) on the season, the Knights have not lost in almost three months (Nov. 13th). Their next chance to extend the winning streak comes tomorrow evening, when they host St. Francis. Coach Thompson’s Bucs picked up two more dominant victories this past week, and now sit at 23-1 on the campaign. No. 2 Shelton State visited Snead State in its first contest of the week, out-rebounding the hosts 53-22 in a 109-51 victory. Back in action on Friday, the Bucs led Wallace Community College – Selma 26-5 after the first quarter en route to a 100-52 triumph. Another blowout win on Monday marked win No. 23 for Shelton State. After beginning the season 1-1, the Bucs have rattled off 22 consecutive victories. They will look to keep the streak alive when they visit Wallace State – Hanceville on Thursday evening.