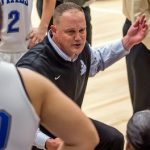 Eastern Mennonite University has announced the resignation of head women’s basketball coach Kevin Griffin, effective August 31. He has accepted a position as the connections minister for the Philadelphia District Church of the Nazarene. Griffin recently completed his 13th season at his alma mater and leaves with the most wins in program history. His teams 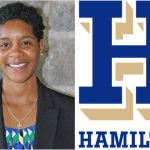 Mahogany Green, previously an assistant coach at Colgate University the past two seasons, has been hired to lead the Hamilton College women’s basketball program. As the Raiders’ top assistant, Green was responsible for monitoring all game-planning, practice preparation and opponent scouting. She led national recruiting efforts and was the program’s academic liaison. She also served 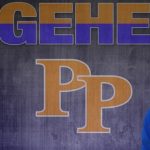 Former Pomona-Pitzer Women’s Basketball player Alaina Woo has joined the program as an assistant coach for the 2018-2019 season as announced by Head Coach Jill Pace. Woo returns to Pomona-Pitzer following a year long stint at Tufts University where she assisted the Jumbos to a 26-5 record, including appearances in the NCAA Elite 8 and 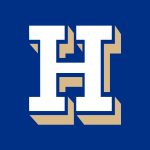 Colgate assistant coach Mahogany Green will be named as the next head women’s basketball coach at DIII Hamilton College (NY). She will replace Michelle Collins who had spent the past six seasons at Hamilton. Green joined the Colgate staff back in 2016 after serving stints as an assistant at Loyola (Chicago), Kansas, IPFW, Eastern Kentucky, 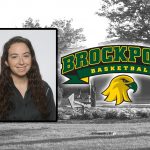 The College at Brockport women’s basketball team has announced the addition of Allison Spaschak to the coaching staff for the 2018-19 season. Spaschak joins the Golden Eagle family after four years at Ithaca College where she played basketball for the Bombers. The recent graduate saw action in 27 games, making nine starts and notched season highs in 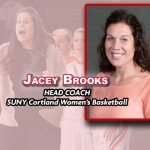 Jacey Brooks has been selected as the new women’s basketball head coach at SUNY Cortland in an announcement from director of athletics Mike Urtz. A former standout player at Buffalo State College, Brooks has worked with Division I coaching staffs for the past 11 years, most recently as an assistant coach for five years at Bowling Green 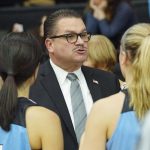 After an 11-year run with the women’s basketball program, including the last six as Head Coach, Tim Shanahan has resigned from his position, it is announced today.   Shanahan announced his resignation to staffers earlier this week, leaving as the school’s third-longest tenured head coach, amassing a 116-54 record capped with a pair of 20-plus win seasons. “It’s hard 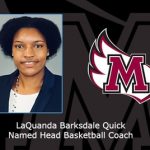 Meredith College Athletic Director Jackie Myers named former UNC Tar Heel and Winston-Salem native LaQuanda Barksdale Quick as the next head women’s basketball coach. She will begin her tenure with the Avenging Angels athletic department on the road recruiting July 1. “We are thrilled to have a coach with LaQuanda’s impressive background, both as a former 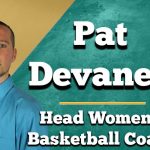 Patrick Devaney `12, a former men’s basketball student-athlete and women’s basketball assistant coach, has been named the next head women’s basketball coach at New Jersey City University (NJCU). Devaney, who rose to the top after a thorough review of candidates from around the nation, will be the 15th head coach in the 49-year history since the 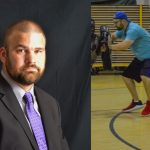 Coach Andrew Kurzawski joins the women’s basketball staff in the summer of 2018. “Andrew has established himself as a strong recruiter in our region.” said Head Coach David Saur. “He is a tireless worker and I have no doubt he will do some great things for us on the recruiting trail as a Cougar. In addition to