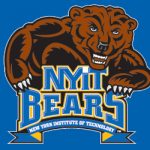 Symone Kelly and Kenny Parham teamed together to earn consecutive Nassau-Suffolk CHSAA titles during her final two seasons at St. Anthony’s High School in South Huntington. The duo now will be reunited on the NYIT women’s basketball staff. Kelly, who had a solid collegiate playing career at Division I Siena before completing her eligibility as 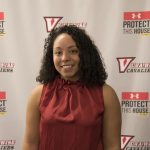 Head Women’s Basketball Coach Kristin Kunzman announced the hiring of Elise Clyburn to her staff Monday. Clyburn comes to UVa-Wise after spending last season as an assistant coach and recruiting coordinator at the University of Mobile in Mobile, Ala. Clyburn will be entering her fourth season of collegiate coaching overall this winter. A four-year letter 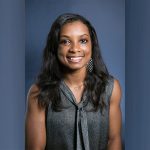 After spending one season as the head coach at Birmingham’s Cornerstone High School, Jazmine Powers will return to Samford has an assistant women’s basketball coach, head coach Mike Morris announced Tuesday. “I’m really excited to welcome Jazz back to our Samford women’s basketball family,” Morris said. “She has a great eye for talent and a 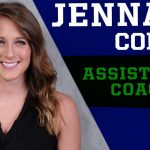 Former FGCU women’s basketball captain Jenna Cobb has been named the program’s new assistant coach, head coach Karl Smesko announced Tuesday. Cobb, a two-year letterwinner with the Eagles from 2013-15 after transferring from Butler, spent last season as the team’s coordinator of operations. In her new role, Cobb’s responsibilities will include scouting of opponents, game 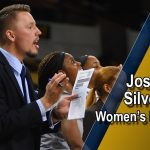 The FIU women’s basketball program has completed its staff as Head Coach Tiara Malcom has added Joe Silvestri as the final assistant for the 2016-17 season, the team announced today. Silvestri comes to the Panthers from nearby UCF, where he ascended to assistant coach after serving as director of program development. “I am excited for 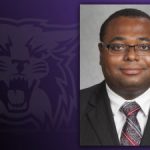 Weber State women’s basketball team is excited to announce Skyler Young as the new assistant women’s basketball coach. “We are excited to have Skyler as a part of our Wildcat family,” head coach Bethann Ord said. “He’s had great experience as a coach and has worked with professional players and top tier Division I athletes. 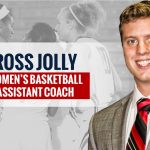 Radford head coach Mike McGuire announced the addition of Ross Jolly as an assistant coach on his women’s basketball staff Monday afternoon. “Like Christie Rogers, Ross is another outstanding addition to our basketball program. He is someone I have followed over the past few years, while observing his discipline and diligence of recruiting on the 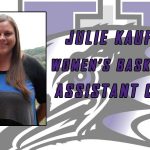 Niagara women’s basketball head coach Jada Pierce announced the hiring of Julie Kaufman as an assistant coach. Kaufman most recently spent three seasons as an assistant coach at Seton Hill University, an NCAA Division II program in Greensburg, Pennsylvania. “I’ve known Julie for the past seven years and have watched her progress as a coach

University of Hartford head women’s basketball coach Kim McNeill announced the addition of Cory McNeill and Ebony Moore to her staff on Wednesday. Cory McNeill has been named Associate Head Coach while Moore joins the staff as an assistant coach. “I couldn’t be more excited to add Cory and Ebony to my staff,” McNeill said.