University of the Incarnate Word women’s basketball coach Christy Smith added Betsy Adams, John Clark and Marvin Walker to her coaching staff for the 2016-17 season.  Adams and Clark both worked with Smith at the University of Arkansas while Walker is a local UTSA graduate who has coached at the high school and college levels.

Adams joins the UIW staff after serving two years as a graduate assistant for the Arkansas women’s basketball team.  She is a Monticello, Indiana native and comes from a rich basketball background.  Prior to joining the Arkansas staff, she worked as an assistant coach at Cypress Lake High School in Ft. Myers, Florida.

Adams earned her Master’s degree in sport and recreation management at Arkansas in 2016 and earned her bachelor’s degree in business administration at Valparaiso University in 2012.  She played for the Crusaders from 2008-11 and was a three-year letter winner and two-year captain.  She finished her career at Florida Gulf Coast University in 2013, having scored over 1,000 points and making over 200 three-pointers in her career.

“Betsy is incredibly knowledgeable of the game of basketball and understands what it takes to be a successful student-athlete,” said Smith.  “She has remarkable intuition and understands the complete development of a player; mentally, physically, emotionally, and spiritually.  I’m thrilled to have her a part of UIW women’s basketball and to watch her grow as a coach.”

Clark was the graduate assistant for the Arkansas women’s basketball program for the past two years.  He was instrumental in an NCAA Tournament appearance and first round victory in 2014-15.  His duties included assisting with day-to-day operations, organizing and recruiting the male practice team, film breakdown, film exchange, player development and practice planning.

“John is tireless worker on and off the court,” added Smith.  “He understands the game of basketball, recognizes shifts in the game, and knows how to bring the best out of players on the court.  His knowledge, passion, and willingness to continually learn is contagious.  John will have many different responsibilities and I am delighted to have him onboard with UIW women’s basketball.”

Walker has nearly 20 years of coaching experience, including the last three as athletic director, basketball and football coach and physical education teacher at St. Luke’s Episcopal School.  Prior to St. Luke’s, he spent one year as an assistant coach at Binghamton University and two seasons at Trinity University.  He was a volunteer assistant for the Tigers in 2010-11 before being promoted to a full-time assistant his second year.

Walker spent five years as the head coach for St. Mary’s Hall girls’ basketball.  He led the Barons to spectacular improvement during his time.  In his first year the team only won two games, but they but registered 37 victories over his final two seasons at the helm.  He was previously an assistant can at San Antonio Taft High School for a team ranked No. 1 in Texas, and advanced to the 5A state semifinals in 2004.

Walker earned a Bachelor of Science degree from UTSA in 1997 and his master of sport science degree from the United States Sports Academy in 2002.  He and his wife, Tiffany have a son, Gavin and reside in San Antonio.

Marvin is a local San Antonian who knows girls basketball in this area very well,” said Smith.  He will be over recruiting and we will all rely heavily upon Marvin helping us get connected in the San Antonio and surrounding areas.  He has worked with both girls and boys basketball programs over the past 20 years and is excellent at developing players on the court.  We are fortunate to have Marvin and I am really excited that he has chosen to be a part of UIW women’s basketball. 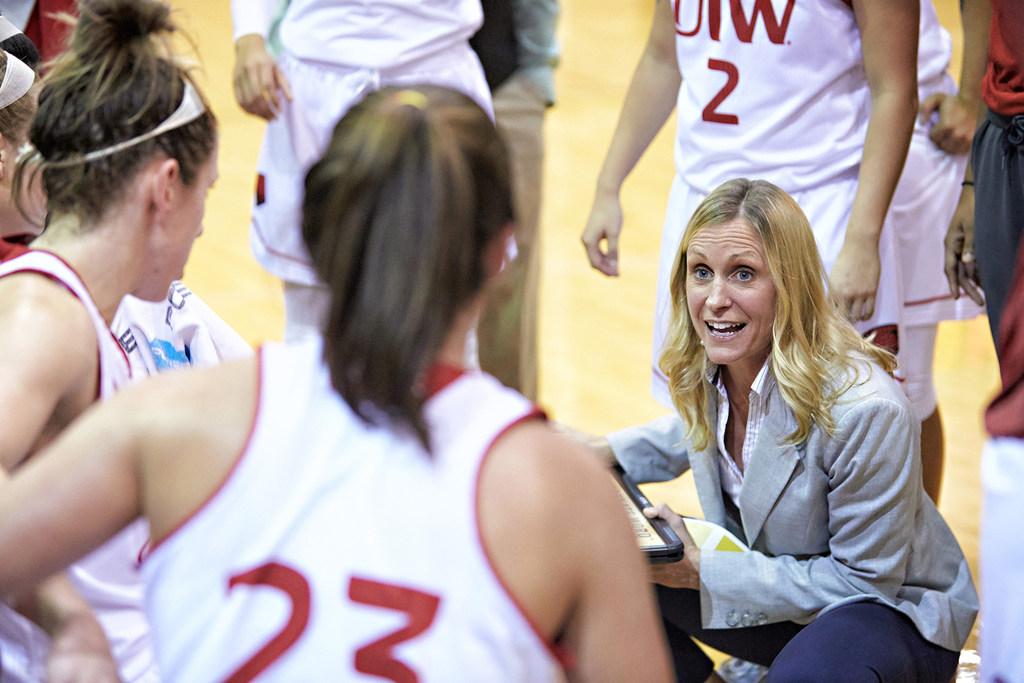