The Anna Maria College Athletic Department and Director of Athletics Joseph Brady ’96 recently announced Melissa (Arseneault) Paulhus as the next Head Women’s Basketball Coach. Paulhus graduated from Anna Maria College in 1997 and was a four-year member and senior captain of the women’s basketball program. She was inducted into the  Anna Maria Hall of Fame in 2004 and becomes the 13th coach in program history.

“We had a very strong pool of candidates, and Melissa rose to the top through the interview process,” commented Joseph Brady ’96, Director of Athletics. “She has a passion for basketball, and her experiences have positioned her well to lead our women’s basketball program. Her commitment to Anna Maria and the student-athletes both on and off the court was very clear during the process. We are excited to welcome Melissa to our department and as our next women’s basketball head coach.”

Most recently, Paulhus spent time working with children with autism and other special needs through Behavioral Concepts, Inc. Here she developed comprehensive and individual treatment plans that helped children and their families learn new skills and adapt to social environments.

Paulhus earned a Bachelor of Arts Degree in Human Growth and Development with a concentration in Elementary Education, including a Minor in Psychology while at Anna Maria. In 2015 she earned a License in Behavior Analysis after completing a master’s degree in Special Education and Applied Behavioral Analysis from Bay Path University also in 2015.

She began her coaching career in 2006 at the very high school she graduated from. She served as Head Coach of the Oxford High School Lady Pirates for three seasons. In 2016, she returned to her alma mater as a member of the AMCAT women’s basketball coaching staff as an assistant coach for the past four years. Paulhus has also been active throughout the past summers working numerous basketball camps.

Paulhus was a standout high school and collegiate player. She played a key role in back-to-back state championships at Oxford High School in 1992 and 1993. The Lady Pirates won 50 consecutive games through 1991-1993 and closed out the 1992 campaign 25-0 to become the only undefeated team in the state. They won their second straight title in 1993 after another 25-0 campaign. She was inducted into the Oxford High School Hall of Fame in 2010, and she was also inducted into the Hall of Fame as a member of the 1991-92 and 1992-93 teams in 2006.

Paulhus’ success continued into college, where she still holds several school records. She is second all-time with 1,487 career points, first all-time with 465 career free throws made, third all-time in her career in assists (306), and steals (242). She ranks fifth all-time with a 15.2 career points per game average. Paulhus ranks fifth all-time in a season with 440 points (1996-97) and fifth all-time with 17.6 points per game in a season (1995-96). She was named to the Commonwealth Coast Conference (CCC) All-Conference team an impressive four times during her career. She received second-team honors in her freshman and sophomore year, and first-team honors her junior and senior year. Paulhus added regional and All-American honors in her junior year. She helped lead the AMCATS to 79 wins over four years, including three straight 20-win seasons and the 1997 CCC Tournament Runner-up.

“I’m thrilled and blessed once again to be part of the Anna Maria College family. I am looking forward to continuing my coaching career as the Head Women’s Basketball Coach. Being a former Anna Maria player, I am excited about the future success of this program and helping our young student-athletes become the strong, confident women they aspire to be,” commented Paulhus. 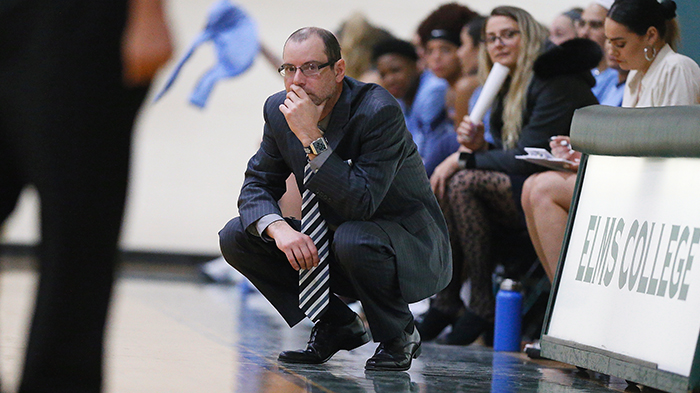 Montana resigns as Head Women’s Basketball Coach at Lasell U